Education is crucial to the success of the children we serve. And to make sure they thrive in school, we call on the members of the Education team. This team draws on their experience in academia to create a plan for each child according to their needs – whether it’s an IEP, a 504 or additional resources in the classroom. As a parent surrogate, these team members make educational decisions in the best interest of the child in lieu of their parents. It’s the expertise and dedication of this team that makes all the difference for our kids. 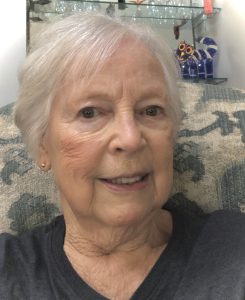 Mary Friel is a retired school psychologist. The last 21 years of her career she worked in a school program for students with behavior issues. She’s married with six children and three stepchildren, 25 grandchildren and 13 great grandchildren.

During a school meeting 25 years ago she was impressed by a CASA and GAL who were there to advocate for the student. Which inspired her to become a CASA. And for 10 years she primarily served teenage girls. The transition to parent surrogate was a natural one because of her education background. As a parent surrogate she has less contact with the special needs students but she makes sure they are receiving the education to which they are entitled.

“I am still in touch with a young woman who was my first CASA case. She was 14 years old when I met her and she had a year old baby boy. Now her second son will graduate from high school this year. I have been the only consistent person in her life as she has struggled with many serious health issues. Both of her parents had drug issues but she has not taken that route. Her health issues have kept her from steady employment but she is a hard worker and is willing to go to great lengths for any job she can get. Best of all she is a good mom.” 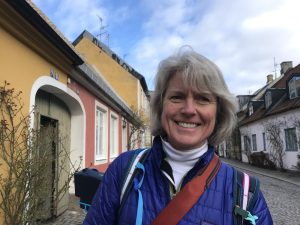 Mimi Dyer serves on the surrogate parent team on top of being a dedicated CASA Volunteer.

“I love children. I love creating relationships and have a lot of empathy for these innocent children.”

She is always an advocate for the best interest of each child in all situations and she likes building relationships with everyone involved in the child’s life.

“I was in a meeting for a child wanting to go to a particular school. Because I was there, and knew something about an IEP and the diagnosis, this child got his wish.”

Mimi has five grown daughters and one granddaughter. She spend my time volunteering and doing graphic design projects. 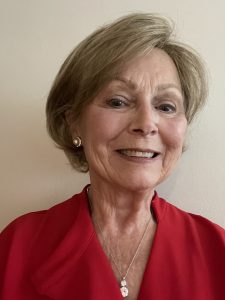 Sandy Harte says, “I find joy in advocating for children and satisfaction working with the school teams to analyze and diagnose student needs, and then design legally binding instruction and instructional supports for them. Most of all I relish seeing students who often have profound challenges in their young lives thrive in school with appropriate supports in place. When those plans don’t work as well as we intend, for any of a whole variety of reasons, we revisit the student’s achievement, circumstances and needs to design new plans.”

Sandy is the mother of three grown sons and seven wonderful grandchildren. She has taught at all grade levels in several states, been a gifted student educator, as well as being a school counselor and school principal. After retirement, she was an adjunct faculty member at Xavier University, teaching, and supervising student (pre-professional) teachers.

A memorable case for Sandy was a young boy who was removed from immigrant parents due to violence in the home. “This reminded us all of the cultural differences in what may be acceptable in terms of parenting and family relationships/behaviors. The boy was making some progress in school with ESL and academic supports, but team meetings were challenging because it was necessary that an interpreter be involved in every statement and question by anyone on the team. Mother was insistent that we all understand that he was very dependent on her for everything and could not possibly be doing ok without her. We did develop a binding plan for critical supports for the boy at school, and he made progress in all areas.” 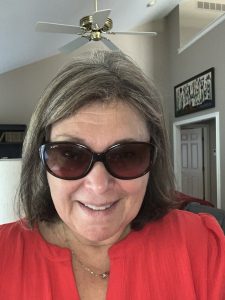 Jan Shuller serves as a consultant and team member to provide support to students with educational disabilities.

She relishes, “the satisfaction of making a difference by advocating for the needs of children who need support to make sure their educational needs are being met. Also, I have learned so much from other team members and from legal aid.”

Jan is a grandmother who has always enjoyed children. She was both a hospital and school-based speech and language pathologist working with preschool age students and high school students with significant challenges. She later taught ESOL to adults from all over the world.

Jan knows the impact proper accommodations can make for a student, “I had a very bright high school student with significant emotional issues who was placed in an institution a few hours from Cincinnati. Upon her return to her home district, her educational team met to make sure that safeguards were in place when she began school. She had a safe staff person to check in with, and a respite room, and various accommodations to help her adapt to a school environment.”

Reggie Rindels is currently a 3rd grade teacher at Madeira Elementary where she lives with her husband and three children as well as being a parent surrogate.

“I took a few years away from the classroom. A friend introduced me to ProKids six years ago and I love the mission!”

She enjoys advocating for foster kids in the schools. She works closely with both the GAL and CASA to make sure that students receive the services they need and are entitled to.

“My favorite part is getting the message that one of my students has graduated from high school. They overcome so much with the help of ProKids!” 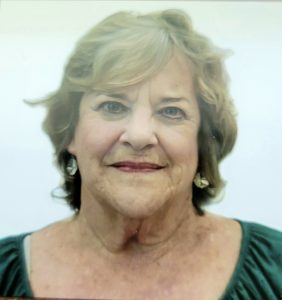 She had planned to do social work, but while working on her degree she discovered Special Education while working a part time position as a classroom aide in a special ed classroom in Indianapolis. Having attended only parochial schools, she had never had any contact with special needs students. So, she looked into continuing her education and received a federal grant to get a M ED degree at UC. She has worked with special needs students from preschool through college level for over 30 years.

Then, a friend who is a CASA Volunteer suggested she volunteer as a parent surrogate.

“I enjoy being a part of a team that is vigilant about securing services and support for children who through no fault of their own end up in foster care. While my direct contact with the children is often minimal compared to the CASAs, learning of adoptions and successful reunifications with family is always cause for celebration.” 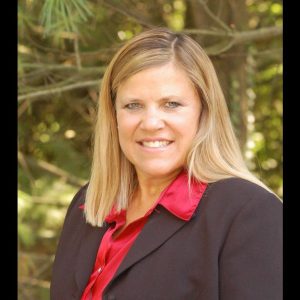 Tracy Theis was a CASA Volunteer before joining the education team. She enjoys, “when the students are achieving successes because of plans that I helped advocate for.”

When she retired from teaching in 2015, she still wanted to find something that would involve helping children, so she trained to be a CASA Volunteer. In 2020 she was talking to a friend of hers that works in CPS special services and who asked me her if she had ever thought about being a parent surrogate. So when a CASA Manger recruited her to join the Education Team, she was ready.

Tracy has been married for 32 years has 4 grown children and 1 grandchild. She graduated from UC with a bachelors in Elementary Education and a masters from UK in Library Science.

A memorable case for Tracy was Jake. “Jake was a teenage father. He was determined he was not going to have an IEP. We worked through lots of issues. He ended up on the football team and ended up walking with his class for graduation from high school this past summer. I feel like that is the ultimate goal, graduation with peers!”

A friend who is a long-serving CASA for ProKids recognized Amy Mayfield’s specialized skillset and recommended she join as a parent surrogate to, “help high risk children get a quality education.”

Amy has lived in the Cincinnati area for most of her life. She graduated from Walnut Hills High School. She has a Bachelors in Foreign Affairs from the University of Cincinnati and a Master’s in Education (1-6 grades) from Xavier University.

She worked in Cincinnati Public School for about 12 years and has been a professor in the Early Childhood Program at University of Cincinnati for 22 years.

Diane Moccia was a CASA Volunteer for ProKids for about 10 years when she decided to switch gears and join the education team as a parent surrogate.

“I love learning about the children and the problems they are trying to overcome. It’s a challenge to find the answers, that will best suit a particular child, with the problems that he/she is trying to work through. It’s good to be on a team, that has the best interest in the child and who will offer their expertise. I don’t have all the answers but with a team, there’s a chance that a workable solution will be found.”

Diane is a Cincinnati native. She graduated with a degree in speech pathology and worked for Cincinnati Public Schools. She’s married with 2 boys and 2 grandchildren and loves the arts, especially the theater.

A memorable case for her was when, “I was asked if I would like to sit in on the testing of a little boy, who is multiple handicapped. That doesn’t happen very often, so I jumped at the chance. The boy was in the care of foster parents and the foster mom was there, too. The boy had so many disabilities. He could walk but his gait was similar to cerebral palsy. I was interested in his speech. He could make sounds but no words. He was at that time 4 years old. He is now in a specialized school, that handles children, with severe learning and physical disabilities.”