Growing up is an ongoing process. And sometimes, growing up can go sickeningly backwards. That’s what it can feel like 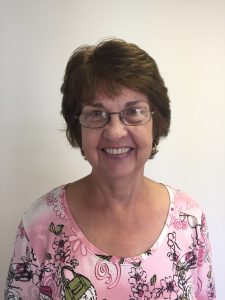 when a case comes back into court. Ann has re-visited two of her cases with a problem-solving attitude and an understanding of the children involved, built over time. Because of her, a teen was able to reveal her secret – sexual abuse when she was a little girl – which had been a barrier to her mental health.

Ann was named one of the 2016 Darlene Kamine Advocates of the Year.

“ProKids helps support me in my role of helping these children find their own path for their lives,” Ann says. “It’s unusual that I’ve gotten to advocate for them at different points in their childhoods, because of cases coming back into court when the children are older. But it’s helped me understand how much of an impact I really can have.”

Her CASA Manager Candy Stemple said Ann creates good relationships with the children she serves and genuinely cares about them. “And when it comes to working with all the other people involved, Ann is a great communicator and keeps everyone connected,” Candy said. “She understands how the system works and can work within it, even when things get complicated.”