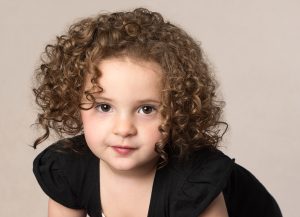 Five years ago, Rick Barnhart’s wife attended the ProKids Friends of Children Breakfast. Afterward, she went home and told her husband, “I think you’d be good at this.”

She saw Rick’s balance of empathy and practicality, and she knew he would thrive as a CASA Volunteer. A board member of the National Alliance of Mental Illness and Cincinnati’s own Shelterhouse, Rick would also bring an understanding of mental illness and a passion for supporting families as they worked toward wellness. Now a CASA Volunteer, Rick brings this lens to all his cases. But it proved invaluable in the case of “Kylie,” who was removed from her home at the age of 1.

Kylie’s mother, “Sam,” had experienced extensive physical, emotional and financial abuse at the hands of Kylie’s father. In one incident, he even attacked her when the baby was in her arms.

To protect her daughter, Sam resolved to take Kylie to her grandmother’s house. But when police pulled her over due to a broken headlight, they found she was covered in blood, and quickly, the physical abuse, as well as Sam’s own drug use, came under scrutiny. Kylie was placed in foster care, and her father was arrested.

When Rick met Sam, he could tell she was strong-willed — insistent upon reuniting with her baby. But there were significant barriers: With little money, little support, and a lingering drug addiction, she had a long way to go.

As Rick advocated for Kylie, he communicated with her mother, reassuring Sam that her daughter was safe. The foster parents, who he deemed an excellent fit, provided Kylie with enrichment and even contacted occupational therapists to ensure she was developing healthily. In the meantime, Kylie’s mom could focus on healing.

“It’s like the thing on the airplane safety talk,” Rick said. “Put a mask on yourself first, then you can help others. The same is true for your kids.”

While Rick said the mental health of parents can often be overlooked, his background led him to prioritize it. When he found Kylie’s mom had a previous mental health diagnosis, he advocated strongly that she receive therapy and other services. Over time, it became apparent she was doing everything asked of her and more.

“Just to be able to go to all of the appointments and do everything that was asked of her was, I felt, remarkable,” Rick said.

In a little over a year, Sam had found stability, an income and a place to live. She recovered from her drug addiction and proved to ProKids and her case workers that she was capable of caring for her child. In the end, Rick and his CASA Manager advocated in court for Kylie to return to her mom.

“With this particular mom, she was not going to accept anything other than getting her kid back. She knew she had to act,” Rick said.

It was the happy ending he hopes for in all cases, and Rick felt ProKids was instrumental in achieving it.

“I think that ProKids definitely made a difference — providing that little bit of encouragement, structure and advocacy for the kid,” he said.