Sophia Gilligan Helms is very clear: “Without ProKids, some children would literally not be where they are today.

“When I first met the family I was working with, there was a shy, 9-month-old little girl who couldn’t yet walk and a grinning two-year-old who was desperate for affection. They were living with their great-grandmother.

“Their mother had been in foster care herself. She was developmentally delayed and could not seem to stay away from the man who had put the children into danger. He had a history of domestic violence and we knew there would have to be a lot of changes for the children to go back.

“Then the great-grandmother said she could no longer care for them. It was devastating.

“They moved to a foster home, but shortly after that they moved to a temporary respite care home, because the foster mom was giving birth.

“I came to visit one Friday night after they returned to the foster mom. With a new baby, she was overwhelmed. I knew the children could not stay there another day. Although it was going into the weekend, I began calling and leaving messages with everyone. I could not leave those children.

“The temporary respite home took them back. We noticed the children’s behavior was changing. The oldest hoarded food and was aggressive. After visits with their biological mother, the little girl began to sexually act out.

“Over time, it became clear their mother was not keeping away from her boyfriend during visits. The caseworker and I would visit and check for men’s shoes or another toothbrush. One day, the caseworker, acting on her gut instinct, pulled back the shower curtain. And there he was.

“There were no appropriate relatives who would protect these children. The biological father continued to fight against the termination of his parental rights and lost his appeal. The children could be freed for adoption.

“And they needed a forever family.

“The older two had started therapeutic preschool. They went to therapy sessions. They were learning to swim and starting to play sports.

“But could these foster parents, who had just become empty-nesters themselves, care for these children permanently?

“It had been a roller coaster for the children for six long years.

“We wanted the children to stay with their foster family, but we also wanted to make sure things would not fall apart. After all this, they deserved a permanent home.

“We got everyone together at ProKids. My CASA Manager gave it to them straight:

“This is for real, she told the foster parents. If you want these children to stay, then it has to be forever.

“We wanted to hear them say they loved these children.

“And they did. Last fall, the adoption was finalized.

“The children are so happy. The oldest is a responsible big brother. The little girl is all about pink and princesses. And the youngest is trying to keep up, always smiling.

“It was a long road sometimes and the system can be frustrating because it takes so long.

“Now, it seems it was always meant to be.”

We share stories of our children so that our community can understand why ProKids depends on a mobilized community. We change the names of the children, and use stock photos out of respect for their dignity and privacy. The stories themselves, however, are true. 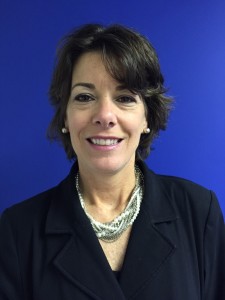