For four little girls who were removed from their mother, Bonnie Davis is a familiar face despite all the tumult they’ve seen in their lives.

When Bonnie, a ProKids CASA Volunteer, met the older three – Jaycia, Joelle and Jada — about two years ago, they had been in a difficult situation. The mother was using drugs so the then 6-year-old Jaycia would take charge, trying to microwave hot dogs and putting her sisters into the bathtub.

At first, it looked like an aunt and uncle would take care of the children. But they didn’t have a stable home and were quickly overwhelmed by three young children. 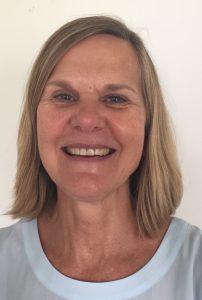 With no other relatives to care for them, the girls were moved to a foster home two hours from Cincinnati. That didn’t stop Bonnie from visiting them regularly, making sure they were safe and happy.

And what she saw was an amazing transformation. In their new home, they never miss a day of school, they go camping and ride bikes around their neighborhood and are regulars at their foster mother’s church. Living in a rural area, they even got to show a pig this year at the 4H fair.

They continue to receive therapy to deal with the scars from their earlier life and they also get the help they need to succeed in school.

When a fourth daughter, Jia, was removed from the mother at birth, she was placed with a  different foster family. Bonnie also checks in on that child, making sure she is safe and gets everything she needs.

Bonnie has even made sure that the two foster families get together regularly so that the older girls get to know their little sister – who they adore.

The future of these four little girls will eventually be decided by Hamilton County Juvenile Court and Bonnie knows that she will help the magistrate decide what is in the children’s best interests.

“I will let the court know what I’ve seen, what I’ve learned and what I’ve observed,” Bonnie says. “I don’t have control over what will ultimately happen, but I will know that the court understands what these children need and I have a strong voice in its decision.”

Bonnie says being a CASA Volunteer is rewarding because she knows she can do something no one else involved in their lives can do: speak up for the girls themselves. “I’ve developed a good relationship with them. They trust me and they express how they feel,” she says. “You can’t help but get attached to them … and I want to make sure they have everything they deserve.”