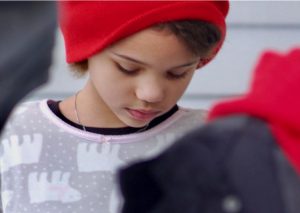 When they were both under 5, “Angel” and “Lucas” were removed from their mother. Despite services she was offered, she could not keep them safe – mostly because of the trauma she had experienced in her own childhood of abuse and neglect.

When they were moving around in foster homes, Chris became their ProKids CASA Volunteer. She made sure their needs were met and they were thriving. With ProKids staff supporting her, Chris used her ProKids training to recommend the best forever home possible for the children: to be adopted by Monique, the foster mom they had joined in 2019.

Chris says she always knew that ProKids could make a powerful difference in the children’s lives and is grateful for her role in finding a safe, secure, permanent home for Angel and Lucas.

Make a Donation
We use cookies in order to give you the best possible experience on our website. By continuing to use this site, you agree to our use of cookies.
Accept
Reject