By all accounts, 12-year-old Daniel and his little brother Justin, 8, had a difficult childhood. Their fathers were absent. Their mother had suffered brain trauma in a car accident and had the mental age of a 7-year-old. Their grandmother, who was the primary caregiver, was in failing health. By the time someone called to report severe neglect, the mobile home they lived in was full of bugs, there wasn’t enough food and the boys didn’t always get to school. And, later, there was suspicion of sexual abuse. 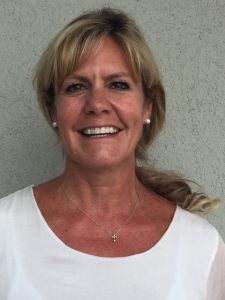 Libby met them at their first foster home, shortly after they had been removed from their mother.  But that first home did not last long. A chain of moves began that eventually led to the brothers being separated from one another.

At every move, Libby was there. She made sure they got the right medication to deal with their ADHD and other issues. She made sure their schools offered them the right services to succeed. She took them on outings together to maintain their bond. She talked to them about their hopes and dreams – and also about the pain when their biological mother decided to surrender her rights, making them available for adoption.

There were many incidents where Libby had to remind herself that without a stable childhood, these boys’ behavior was somehow understandable.

Justin tried to hold Daniel underwater. Daniel tried to strangle himself. Justin concealed a knife, threatened others and could barely contain his rage.

Daniel was adjudicated in juvenile delinquency court for sexual battery involving a 5-year-old girl and spent some time in a correction facility.

Justin frightened a foster mother with the threats he scrawled on the walls at home and his continued disciplinary issues at school and at camp.

Daniel is a freshman in high school now, living with a single father in New Jersey who wants to adopt him. There have been challenges, but Libby is hopeful that the adoption will be finalized later this year. “His life is much more like that of any teenager,” Libby says. “He has a cell phone and works out at a gym. He goes to therapy and we made sure the school knows what he will need to be successful there.”

Justin is living in a residential treatment center. His psychiatrist and other members of the team tell Libby they are making progress with Justin and with helping him handle his emotions. Justin, who likes to go to the movies with Libby and use the art supplies she brings him, tells her about the kind of family he would like to have, should he get adopted as well.

“I truly believe that everything that’s happened has been because of what happened in their early childhood,” Libby says. “Being a CASA Volunteer opened my eyes to the huge percentage of children who are not getting the nurturing they need.”

Libby became a CASA Volunteer at the prompting of her daughter, who as a Theta at the University of Cincinnati learned about the national volunteer movement as its philanthropic outreach. While there has been heartache in Libby’s past four years with ProKids, she says that she is strengthened by “a sense of purpose and of hope for these children.”

“Children like these need consistency and love and support if they are going to have any kind of a future,” she says. “I’ve been blessed to be the one consistent adult in their lives, even as everyone else has changed around them.”