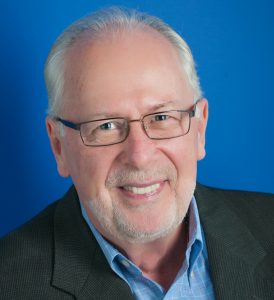 T.D. Hughes made his first gift to ProKids 14 years ago. He didn’t stop there, serving as a board member and in a variety of officer roles.  Directly responsible for nearly 20 Friends of Children sustaining contributors and for introducing countless others to ProKids, T.D. has been named a 2019 Community Builder of the Year.

A little boy literally brought ProKids home to T.D. Hughes. A relative’s life had spiraled into addiction and her son needed a home. T.D. and his wife, Linda, did not hesitate to open their hearts and home. After all, for more than a decade they had been a staunch supporters of advocacy for abused and neglected children through ProKids.

T.D., an accomplished management consultant and a trustee/advisor for LaRosa’s, has brought everything he could offer to ProKids. He has worked on ProKids strategic plans, trained ProKids staff and continues to drive potential volunteers to the introductory Snapshots. As a management consultant, he routinely has his clients make donations to ProKids rather than paying him.

In 2010 he was selected among nominations from across the country as the top board member by the National CASA/GAL Association. He continues to serve the ProKids board  as one of the two active president emeriti.

T.D. calls ProKids “the most high-performing ‘company’ I’ve ever worked for. They never let what you cannot do interfere with what you can do.”

When he first was learning about ProKids after attending a Friends of Children Breakfast, he says he was impressed by its impact for its size, as well as its outcomes and its model of training volunteers as direct advocates for abused and neglected children.

“I got involved because I love what ProKids does,” T.D. says. “What I do is show them that there are ways to be a better version of themselves.”

Tracy Cook, the executive director of ProKids, says T.D.’s advice comes from a thoughtful place. “TD is a true lifelong learner,” she says. “He has an insatiable curiosity about how to make organizations work better.  TD is a wonderful mentor because he is a good listener, direct and specific, all while encouraging us to lean forward to do more.”

Drawing from his experiences and lessons learned, T.D. says he’s found that in order for there to be a breakthrough, there has to be a “break with” the comfortable way of doing things. And at ProKids he found that there was a hunger to develop new ways to recruit, train and support CASA Volunteers. “I didn’t have to do anything but take the process to them,” he says.

He’s encouraged leadership development for ProKids staff and board members but he’s never taken his eye off the personal touch, like hosting tables at the Breakfast and driving attendance at the introductory Snapshot presentations. He’s been called the ProKids “father of the bride” for greeting guests with hugs at ProKids events and his enthusiastic support for ProKids in the broader business community.

As a driving force in setting a future vision for ProKids, T.D. says it is the staff and volunteers make it all work.

T.D. says many of the lessons learned in the for-profit world have been embraced at ProKids. For example, he encouraged more data gathering but also sharing that data in ways that could really help with decision-making. “I have two pictures in my office. One is a sky with 300 dots in it. That’s data. The other has 20 dots. That’s information.”

“There’s a passion at ProKids, a culture of improvement, that lets me know it will continue to grow,” he says. “And I think that’s because everyone involved can tell you why we do what we do and why that matters in the life of a child.”