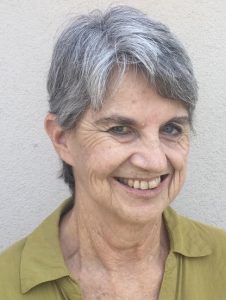 Beth joined ProKids after learning about a local case involving the death of a child in foster care. As a former foster parent, she understood foster care. And she knew what a permanent home means for a child; she’d adopted her four sons from foster care.

“I just have a heart for all of these kids,” Beth says.

At ProKids, she saw where she could have an impact on children’s lives and help break the cycle of abuse and neglect.

Beth began her advocacy a decade ago, a case which continues today, serving a family of three boys.

“I knew I could do it because of my CASA Manager,” she said. “She supported my work and connected me to what was needed for the boys.”

CASA Manager Maryanne Foster says that Beth’s work on her continuing case reflects the commitment Beth has to be a presence that children can rely on, no matter what else changes for them.

One by one, Job and Family Services removed the three boys from their home and unraveled the abuse and neglect they had experienced. Their schools were reporting highly sexualized behavior and it was clear these children had undergone trauma in their lives.

There were also concerns about harm they were causing to one another because of the trauma they had experienced being sexually abused by their father and uncle. They had to be separated and moved into three different foster homes at ages 12, 10 and 7.

Thanks to ProKids, they immediately got therapy, but what they had experienced continued to haunt them. They were angry and disruptive resulting in them moving to other placements: foster homes, group homes and residential care facilities. They had already been behind in school when they were removed from their home. Now, as they moved they were changing schools too and they got even further behind. The father left the state and was never prosecuted. The mother refused to complete her court-ordered services and didn’t visit her sons.

Eddie, the youngest, was a particular worry.

“When I first met him, I actually asked if he could talk,” Beth remembers of the then 7-year-old. “He didn’t say a word.”

But all three boys gave her reason to worry. The oldest, Reese, was in constant trouble at school. From the beginning of the case, Beth began building relationships with their teachers and helping Reese get the services he needed in school.

With Beth’s advocacy, Reese graduated from high school and is now on his own. He and Beth sometimes get together; she says they go to Kroger or run other errands from time to time.

The middle brother, Kerry, clearly had the potential to do well in school and he really wanted to have a relationship with his mother. Beth talked with her over the years, helping her to understand what she needed to do in order to visit her children, especially Kerry. Beth also supported Kerry as he found his way, staying in his last foster home for four years and graduating from high school. He now spends time with his mother and regularly goes out to breakfast with Beth as she encourages him to have more “get up and go” to move forward in his life.

When he first came into foster care, it was clear that Eddie, the youngest, was afraid of his mother and brothers. He needed special services at school because of his developmental delays, including his lack of speech. And Eddie had clearly been neglected when he was a preschooler. At his foster homes, he would steal food and hide it in his room.

Because of the impact of his trauma on his behavior, Eddie moved to three different residential care facilities, another foster family, then back to residential care out of state, where Beth continued to visit regularly.

“They had a lot of structure and he started to do much better,” Beth said. “By the time he left there, when I would take him out to eat, he was finally able to speak up and order for himself. I began to think he could go back to living with a foster family.”

Eddie has been living in the same foster home for over a year and refers to this foster parent as “mom.” He just began his senior year of high school. Beth has been involved in advocating for Eddie so that he gets all the services he needs.

“I take him shopping and he likes to pick out his own clothes,” Beth says. “He’s progressed a lot. He can be a challenge, but he’s such a sweetheart.”

Beth says it’s clear that ProKids makes a difference for these children and enables volunteers like her to speak up for children that some may find unlikeable or unruly. And in a case like this, it becomes clear that ProKids advocacy not only can impact this generation of children, but also the future, as children who have been sexually abused are more likely to become adult sexual predators if they don’t receive the services they need to heal.

With these boys beating the odds by finishing high school, the outlook for the future looks brighter.

“Being a CASA Volunteer doesn’t take great talent,” Beth says. “You have the training and you are never on your own. I’ve worked with CASA Managers who were always there for me. You just have to always think about the kids. They need us. And I’ve seen it work.”