All of Bonita Sergent’s cases as a ProKids CASA volunteer have had family violence at their core.

That cycle doesn’t depress the Colerain Township resident. It inspires her. Because Bonita wants th 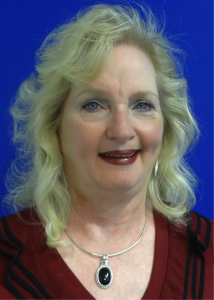 e children she advocates for to have a better chance at life.

The two children she is working with depend a lot on one another. Things at home are often chaotic. Bonita pays special attention to them: what are they trying to tell her? And even though it’s complicated, with different family members reporting different stories, Bonita has as many conversations as possible. Neighbors. Landlords. Teachers.

Bonita has those conversations because she builds those relationships. She comes around often. She becomes someone that people trust, even when they don’t trust anyone else.

Bonita is able to have tough conversations too. Like challenging a mother to step up her parenting and to follow through on her court orders.

Is the boyfriend with the sexual predator record still around? What about the children’s father? The one who beat the mother in her bed, with a child lying next to her? The one who was fighting with a neighbor and hurled his son’s tricycle at him, right in front of the children?

Streetwise, able to discern the truth, Bonita has shown as a CASA volunteer that she always puts the needs of the children first.

For more about Bonita and the families she works with, read this.