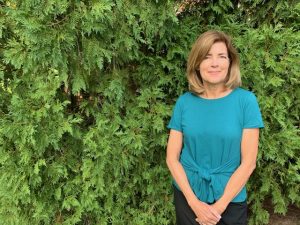 Paula wasn’t sure what to expect when she went to meet the six children on her case. The oldest was 11, the youngest was a newborn and they’d just moved in with their maternal aunt and her two children. With eight children under one roof, could this home give them the stability they needed?

The 9-year-old, Jamika, had been physically abused by the father of the youngest 3 children. The mother, who had just given birth, was not willing to take steps to protect all of them so they’d been removed.

Paula enjoyed getting to know all the children. She could see they really cared about one another.

It was clear that the aunt and her husband supported the children in a loving way, but could the mother take the needed steps to be reunited with her children?

With time, the mother was able to find her footing. She took pride in her job as a security team member and even wore her uniform jacket when she wasn’t at work. She leased an apartment. And she made choices that showed she would protect and nurture her children in the future.

By then, she had missed 8 months of being the primary caregiver for her baby. Paula recognized the progress she’d made and advocated for them to be reunified. Over the following months, all six children returned to their mother.

Paula joined ProKids after reading Bryan Stevenson’s memoir Just Mercy in 2014. “I read that book and felt inspired,” she says. “I had to volunteer for something.”

A former social worker, over the past six years she has liked how ProKids CASA Volunteers collaborate with others on the case from the medical and legal fields. Above all, she enjoys feeling part of a team and draws energy from the home visits with the children.

“One of the things I love about how ProKids teaches all of us is to ‘look for the strengths’ and that never lets you down. With every meeting you have with the children, looking for the strengths leads you in the right direction,” Paula says. “You build this net underneath these families who have experienced such trauma.”

This mission is what keeps Paula at ProKids.  “It feels like a privilege to be brought in when they are so vulnerable. When you see people working on making changes within themselves. It keeps you coming back. You want to hear their stories.”