When a child is abused and neglected, the likelihood of them continuing to be abused and neglected – even in foster care – is higher than it is for other children. ProKids CASA Volunteers get involved in a child’s life to help keep them safe. For more than two decades, 99% of ProKids children have been free from abuse and neglect. 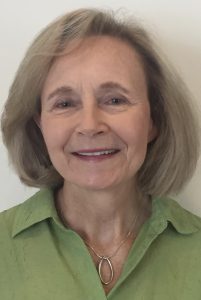 “As a lawyer in the prosecutor’s office, I had seen what happened when no one cared about children. I saw the aftermath when they committed crimes,” Carol says. “But every child has so much potential.”

Carol had learned about ProKids when she was in law school nearly three decades ago. She never forgot what she learned then: “it’s a wonderful organization that brings together talent to focus on making a difference. I knew I wanted to be a part of it.”

Between her career and her own family’s needs, Carol didn’t get a chance to do that until 2010 when, with her own two children grown, she became a CASA Volunteer.

CASA Manager Morgan Zak says that Carol has worked with ProKids staff to advocate for her children – but also to provide powerful information which could assist everyone in making recommendations to the court. “Carol understands how important it is for a CASA Volunteer to investigate, to collect the facts,” Morgan says. “Together, we can then work to get children and their families on the right track.”

When Carol first met shy, quiet Montana, 4, and Memphis, 3, they were living with their mother in a fifth-floor walk-up. She wasn’t supposed to see her boyfriend anymore. He had been beating her but she still allowed him into their home. How could Carol make sure the children stayed safe?

Clearly, the children had been exposed to horrifying domestic violence. They stared silently at Carol with their big eyes, but seemed afraid to talk to her. But one day, 3-year-old Memphis brought her doll baby to the couch where Carol was sitting. Carol said she carefully picked it up and gently held it. Then she put it back. The little girl did the same. It became a game between the two of them. And soon, Memphis was talking to Carol.

“We wanted to get them therapy as soon as we could,” Carol says. “These children needed help and we needed to make sure they were safe. But I wasn’t getting any response so I went to the therapy center myself and stood in the hallway until someone gave me an appointment for those little girls.”

Shortly after their therapy began, Montana and Memphis were removed from their mother because of what they had revealed about their mother’s boyfriend. Some relatives opened their home and their hearts to the girls – a placement that Carol supported.

Then, the boyfriend went to prison. Would their mother learn to live differently now that he was gone? Sadly, the answer was no.

Carol advocated for the girls to be permanently placed with the loving relatives who were caring for them. The court agreed.

When their mother suddenly died at 28, the girls were safe in their nurturing home. But the dangers the girls had faced haunts Carol. “I always think what if we hadn’t made sure they were safe? That they had a home?”

“ProKids is the place to make a difference,” Carol says. “By working with community resources, learning in the training sessions and getting to know the child, you can do something about an overwhelming problem.”

Carol began another case with an 11-year-old named Anna. She had lived with her mother, who was addicted to drugs. She was placed with her grandmother for a time, and then an aunt who adopted her. But now the aunt said she was not going to care for Anna any longer and turned her over to the county. Anna lied. She fought. But no one seemed to be paying attention to what was going on inside Anna.

“We had team meetings where we would discuss what Anna had told us, comparing her stories and figuring things out,” Carol says. “We found out Anna’s mother’s boyfriend had sexually abused her. Anna was so traumatized.”

At her first foster home, Anna was cruel to the animals on their farm. She didn’t do better at her next foster home. Anna was moved to a residential care facility in Northern Ohio, where Carol continued to visit, despite the nearly six-hour round-trip drive.

A staff member there, Ellen, cared deeply for Anna. Anna began visiting Ellen’s home. But before placement could move forward, Anna was raped. She was just 15.

Anna was placed with a foster family in another part of the state as her assailant was sent to prison.

Over many lunches at Bob Evans and shopping trips to Walmart, Carol helped Anna heal and to understand the bond Anna felt with Ellen, a bond she had never had with anyone else.

Carol knew that it was an attachment Anna needed in her life. Carol made sure Ellen could provide a safe home and that she would protect Anna. And Carol watched as Anna began succeeding in school. Carol saw the difference safety and security made for Anna. She advocated for the court to grant permanent custody to Ellen, and it did.

Last spring, Anna was chosen as her school’s student of the month. She asked Carol to be her guest at the luncheon and saved her a copy of the local newspaper with her photo.

“The facts in this case were appalling,” Carol says. “But it is important to give every child, including Anna, a chance. That’s why I’m a part of ProKids: I want to make sure every child gets the opportunity to live up to their potential. Being a part of ProKids has shown me how I can be a small part of making sure that happens.”