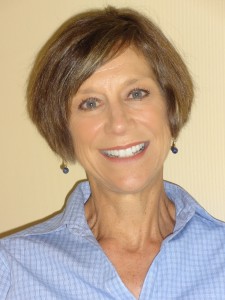 Nadia was a quiet, guarded 15-year-old. Abused and neglected by her parents for years, she and her three siblings had moved in with an aunt after their mother went to jail and their father died of a drug overdose.

The aunt’s home was not any better for Nadia and she moved to a foster home. That’s when Diane met her.

The facts were horrible. But Diane was a calming influence for Nadia. She was patient. And she understood when Nadia’s difficulty with healthy relationships after the trauma in her life.

Diane saw the potential in Nadia. She was an A student, on the honor roll, and a talented saxophonist in the marching band. She got her driver’s license and a job.

And Diane made sure she got therapy so that she could make the most of her opportunities.

As Nadia became more confident, however, she began to rebel against her foster mother. While it was a healthy kind of rebellion, it strained their relationship. How could the placement stay intact through Nadia’s senior year?

Diane pulled together an unusual meeting at ProKids with herself, Nadia, the foster mother and the mentor who was helping Nadia apply for college.

By the end of the meeting, Nadia understood that disrupting her placement would not help her move forward, becoming the first person in her family to ever graduate from high school.

Nadia is now a freshman at Morehead State University. She wants to be a genetic counselor someday. She talks to Diane as she navigates living in a dorm and getting through her classes.

Diane says Nadia is sweet. Humble. A hard worker. And despite all the abuse, she is not bitter. She is making her life her own.

By being a beacon for Nadia, Diane showed how a CASA volunteer can help a foster child launch into adulthood as healthy as possible.

For more about Diane and her Nadia, download now.