Diane Custer, the 2015 Merilee Turner Volunteer of the Year, is a retired special needs teacher from Mount Washington.  After 33 years in a classroom, she has continued advocating for children as a CASA volunteer and has had four cases since she began at ProKids. 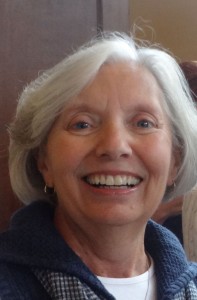 SA Volunteers, every day she advocates for our children to have safe, permanent and nurturing homes.

One of the cases she worked on includes several siblings.  They were surrounded by violence and neglect in their home.  Their mother was diagnosed with severe mental health issues. She was in denial about her children’s trauma.

The man they knew as their father had multiple criminal convictions and a long history of domestic violence. He refused to get any help.

Despite all this, the daughter especially missed her mother and wanted to be with her once she was placed in foster care.  Even though it became clear her mother would never be able to provide a safe home, it seemed unlikely the young girl would ever allow herself to be part of another family.

With Diane’s help, she did. She was adopted and living in a forever home today.

Her brother, now 11, was in some ways the most traumatized. He is behaviorally and cognitively delayed.

Diane is one of the only consistent people in his life.

Diane has forged a vitally important relationship with him, visiting him each month, even though he lives two hours away.

She advocates constantly for his best interest in every sphere of his life.  He will continue to need Diane’s compassion, creativity, and strong advocacy.

Diane’s impact at ProKids goes beyond her individual cases. She saw the need ProKids children have for a good education, despite the trauma they have experienced.  Diane is very clear:  every child deserves the best possible education.

Diane recognized her background as a special education teacher gave her a unique opportunity to help more CASA Volunteers and children.  She became one of the founding members of the ProKids education team.

This group of volunteers with backgrounds in education helps other CASA volunteers ensure their children get the best possible education services. They also act as parent surrogates to advocate for the children, particularly when specialized services are required.

To understand the needs of each child, she spends a lot of time talking with the CASA Volunteers and the CASA Managers about the children they serve.

“Every child has the right to an education,” Diane said. “In supporting them, we need to accept where they are and make sure that they get what they need to move forward.“

As part of the education team, Diane spends a lot of time talking with CASA Volunteers and CASA Managers. “At ProKids we have the best advocates for children, working tirelessly together to improve children’s lives,” she said. “I feel honored to work among them.”

She never loses her enthusiasm for supporting these children, even if it means an early morning meeting two counties away. She finds solutions for children even when their schools seem to give up on them.

Diane, and other education team members, help make sure ProKids children receive the interventions they need. They look for ways to help so that children can be as successful as possible. And they ensure that the right members of a school team are involved.

Because of all the trauma in their lives and frequent moves, ProKids children typically fall behind in school.  Diane, and other education team members, really help.

ProKids Advocacy Teams reach our outcome of 98% of our children being on grade level or receiving the services they needed to succeed academically.

It’s a very impressive outcome for a child’s long-term success.

Sue, a ProKids CASA Volunteer, has a case with three children. She knows Diane made a difference for them all.  The oldest had never been to school at age 6. He was terribly neglected and still not potty trained.  Diane made sure the school did what needed to be done – including a summer program to help him catch up.  Today, he is in first grade and learning to read. Sue has said Diane’s involvement was critical in getting this little boy on track.

Diane’s ability to see the whole child – making sure children get the support they need while also thinking about how children feel about themselves – is one of the reasons she spends so many hours advocating for ProKids children in the schools.