Micah was only 8 but he’d already experienced a lifetime of trauma. 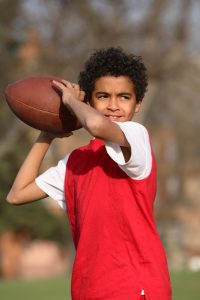 He’d witnessed the accident that had led to his mother’s death. He’d been moved into his father’s home where he was unwanted and abused. Then one terrible day his father dropped him off at a local hospital with a note: he didn’t want Micah anymore.

Micah was moved to a temporary care facility until the right foster care home could be found and that was where David met him. 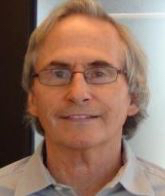 David was a new ProKids CASA Volunteer. He saw that Micah was quiet and cooperative as they talked in the playroom. When they went to Micah’s room, he saw that Micah had few clothes or belongings. Micah was truly alone in the world.

“But yet he was surprisingly upbeat,” David said. “He just told me he needed some socks.”

David made sure he got some socks, as well as other essentials, and then advocated for Micah as he moved to a foster home, attended therapy and went back to school.

At his new foster home, where Micah was the only child, David encouraged the foster parent to help Micah to open up. David understood that with kindness and a breadth of support, Micah could begin to get past his trauma.

At the same time, David was working with his CASA Manager and the ProKids attorney on what a permanent placement would look like for Micah. It wasn’t immediately clear that there was any family member around who would care for Micah. But could someone be found who could open their heart and home to the boy who loved professional wrestling and could name every star on the circuit? 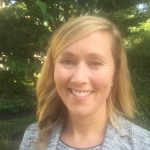 Just a year before, ProKids had asked community volunteer Melissa Moeddel to do a thorough analysis of family finding programs in North America. As a ProKids CASA Volunteer she had gained an understanding of the need for permanency in children’s lives. She also understood that family

members sometimes drift apart and are not identified by biological parents. As a ProKids special projects consultant, she researched a program used in St. Louis that demonstrated the most impressive outcomes for these children.

ProKids then recommended the program to Hamilton County Job & Family Services which embraced the concept. ProKids connected JFS to training, support and some funding for intensive initial searches for appropriate family members, who may be able to care for a child in need.

For Micah, this meant within his first 30 days of foster care, JFS identified an aunt who lived in the suburbs of Chicago. Micah got acquainted with her and her family as the school year in Cincinnati wound to a close thanks to video chats. He began to look forward to a new life in a new city as JFS completed the necessary background checks and other investigations.

“You could tell that being somewhere else appealed to him,” David said. While he had a good relationship with his foster mother, Micah – like every child – could feel the difference of knowing he had family that cared about him.

Melissa said the data from St. Louis supports Micah having a great outcome. “We’ve looked at whether these children come back into the child protection system and they don’t. We’ve looked at whether this impacts the most kids in the shortest amount of time and it does,” she said. “This is why I’m glad to do this work for ProKids. We can help focus time and resources so that it’s there for other kids who need it.”

David said his work with Micah confirmed why he signed up to volunteer with ProKids. “A lawyer friend of mine told me I’d be good at this,” he said. “I wanted to do something to help our community and this seemed like a really powerful way to do that.”

As Micah gets settled in his new home this summer, learning about the Bears instead of the Bengals and deciding between the White Sox and the Cubs, David keeps in touch. He’s making sure the adjustment goes well and that Micah continues to get everything he needs and that he’s safe and secure.