Foster children can have lives that have little consistency: different homes, different schools, different friends, different everything. At ProKids, our CASA Volunteers work to reduce unnecessary moves and upsetting changes which can keep children from having a childhood. 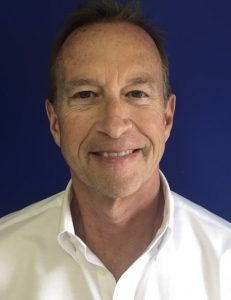 Jim didn’t know much about abused and neglected children a decade ago. He knew that giving his own four children – including a set of triplets – a life that was safe and secure was important. And he thought most children had that. But then something happened.

“A foster child was killed in a foster home. No one was putting eyes on that little boy. No one was knocking on that door,” Jim says. “Then I learned that a CASA Volunteer is someone who can dig in and really make sure these children are safe.”

At ProKids, Jim saw that there was a way he could do exactly that.

Charlotte Caples, his CASA Manager, says that Jim worked with his Advocacy Team to find ways to make a powerful difference for the children he began to serve. “Jim knew that if he became the expert on the child, he could stand up for them not only at school and in their homes, but also in court as we find safe, permanent homes for them.”

Travis was 9 when Jim met him. His father was in prison on drug charges. His mother, who was pregnant, was addicted to drugs. Travis’s school called 241-KIDS when he was falling asleep in class and started failing.

At first, Jim thought that made sense. His mother seemed to be doing better and was learning to live differently, without drugs.

But the only consistency Travis had ever known was because of his great-grandmother.

“It’s hard to separate everything in families, sometimes,” Jim says. “Things that happened in the past can be brought up again and again and the adults can be so angry with each other. You have to keep focused on the child and what life is like for them. And the way to do that is to get to know everyone involved, especially the child. You don’t know anything unless you investigate.”

Jim got past what the mother and great-grandmother said about one another. ProKids initially agreed when Travis was placed with his mother with special protective orders. Because of these orders, Jim stayed involved with Travis and kept investigating. Over time, he learned that the mother was not fully recovering from her addiction.

Travis’s teacher, with whom Jim worked to make sure Travis didn’t fall behind, told Jim when Travis went for overnight visitations with his great-grandmother, he was attentive in school, behaved well and seemed well cared for.

When the court sent Travis back to his great-grandmother for an extended visit, Jim spent more time getting to know her and the other family members. “It was clear that she loved him,” Jim says. “And I began to sort out what was really happening and what was in his best interest.”

When it was time to go to court to decide on a permanent home for Travis, his teacher was one of the witnesses for ProKids, testifying about how Travis did so much better when he was in his great-grandmother’s stable, loving home.

Jim advocated for the great-grandmother to have custody of Travis and the court granted it.

Travis now has the stability that every child deserves. Years later, Jim occasionally attends Travis’s baseball games to cheer him on.

Now, Jim is speaking up for a 6-year-old little boy whose family tree is complex. The son of a young woman and her stepfather, Jim knows that there’s a lot to learn about Jake. He had been acting out in school and that had alerted Jake’s teachers he was abused and neglected at home.

Jake was removed from his home and is now in therapy. But the trauma he has already suffered is evident in his behavior: his anger and frustration regularly boils over.

Right now, Jim wants to make sure Jake is safe and stable. What comes next will involve learning about all the family members and more about Jake himself. “We have to work to get this right for his sake,” Jim says.

Jim, who balances his volunteer role with a fulltime sales job and a family – the oldest now on her own, the triplets all in college – says that as long as there are CASA Volunteers, he has hope.

“I’ve had cases that haven’t always had the kind of resolution we like to see,” Jim says. “But even then, with a teenaged boy who never seemed to be able to take advantage of opportunities he had, it seemed like my presence in his life mattered. He was old enough to know that I was there as a volunteer and that meant I cared about him.”