Margaret Kremer has served as a CASA Volunteer for nearly 7 years. And in that time, she has worked 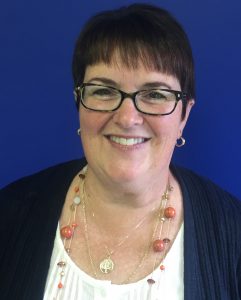 Margaret cherishes the little details in the lives of ProKids children. For example, her book club provides gift cards so that volunteers and ProKids staff can take children out for a meal.

She creates memory books so that the children she serves have a record of their childhood.

And she recognizes a powerful benefit of serving these children:  “I have learned more from these children than I ever taught them. They are survivors. And they have amazing lessons to teach me.”

Margaret actually first became a CASA Volunteer in the 1980s. She took a break when she had small children of her own at home then, but always looked for an opportunity to come back to ProKids.

She had been moved to advocate for our children because she says her own mother, Mary Ann, was an abused and neglected child who had broken the cycle.

Margaret says “It’s a privilege to be a CASA Volunteer and to speak up for these children.”

And it’s an honor to go to court for them and when the Magistrate looks around for an answer, they know the CASA has the information they need.”

Margaret says she has fallen in love with every child she has served and wants to be “the consistent person who can possibly get them back on track.”

She has seen that impact in her work, whether it is driving to Detroit for a visit with a child or helping a young teen get through drug rehab.

Margaret knows that school “is a place where a kid can feel like he is normal” and advocates they get the educational services they need both as a CASA Volunteer and as a parent surrogate.

In Margaret’s current case, there are four children. There have been 6 case workers and 11 placements for these kids.

But there has always been one Margaret.

The children, who had been abused by their mother, are traumatized by their past.

That has been evident by the way they run away, break the law and even got into drugs.

But Margaret has visited the children wherever they were placed – whether it be a foster home, a residential treatment center or a juvenile jail.

Margaret was recently thrilled when Jonathan, who was in drug rehab, said to her “I finally get it. I understand that I don’t need drugs.”

Margaret said later “If anyone had told me he would land on his feet, I would have said ‘no way.’”

In Margaret’s briefcase, she treasures a note from a child she served several years ago. Kevin had been dealing with an angry father and an alcoholic mother by the time Margaret met him at age 14. When he moved in with his grandparents, he still had a lot of trauma to deal with. But he wrote this to Margaret: “When you were involved, my life was under control.”