Amy Russert has served as a CASA Volunteer for 4 years. But that is only part of her story and only part of why she was 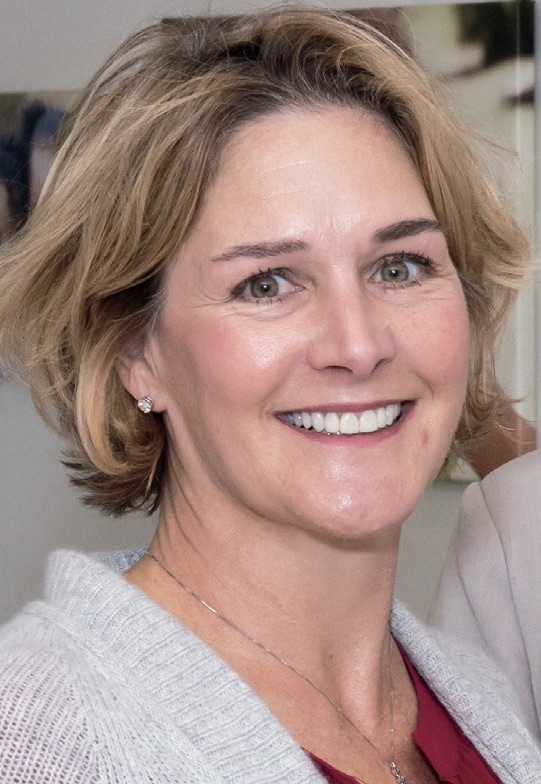 recognized as the 2018 Merilee Turner Volunteer of the Year by ProKids.

Amy learned about ProKids when she was a young mom in 1993; she was a part of the Junior League, one of the founding organizations of ProKids.

She opened up her home as a board member for ongoing strategy meetings as well as board meetings, serving as a board member several times since 1995, ran the auction gala for many years as ProKids grew and then became one of the first to host a table at the annual Friends of Children Breakfast – drawing countless donors and volunteers to ProKids over more than a decade.

She and her husband, Ben, and their company Prosource have been Friends of Children Society members since 2004. Ten years later, as her own children left the nest, she took on the role of  CASA Volunteer.

By 2018, she had served 7 children in 4 families, including a case which opened with two children: Daniel and Kaitlyn.

They were both under 3 when they were removed from their mother. They were all living on the streets. The children were immediately moved into a foster home.

As they settled into their new home, the issues stemming from their abuse and neglect began to emerge: Kaitlyn had bruises that perhaps had come from her mother’s boyfriend, who was now in jail; her head was full of lice. It took months for her hair to grow back in. Daniel, diagnosed at birth with a congenital heart defect, needed surgery and constant monitoring.

Amy went to meet them at their foster home in Greenville, about two hours northeast of Cincinnati.

She immediately got organized, making sure medical appointments were set up and worked out a cooperative arrangement with the foster parents: she would keep up with the medical information so they could focus on caring for the two children, in addition to their own three.

Within six months, both of the children were on track developmentally despite lots of challenges. Daniel was always seeking food, not afraid to climb to the top of the kitchen cabinets when no one was looking. Kaitlyn had kidney problems in addition to her lice infestation.

But the children had bonded with their foster parents. It was clear to “Miss Amy,” as the children knew her, that they were doing really well.

Amy found out that the father of the two children was in jail. The mother, “Beth,” had met the father of the children while she was in a halfway house after she had been released from jail and he had served an earlier sentence. While he had a violent history, Beth had been in jail several times, once for stabbing a man. She had no job and no place to live.

It was clear that Beth herself was trapped in a cycle of abuse and neglect. Despite lots of intervention, training and coaching, Beth was not learning to live differently.

And then Beth had another baby and took off with the little boy when he was to be removed from her care. Amy, who had developed relationships with many of the people surrounding Beth, got text messages saying where she had taken baby Darren.

When the child protection workers removed him, they were able to take him to the foster family where his siblings had been placed. The family recognized that the children needed to be together.

But the very day that Darren arrived in their care, Daniel was at Children’s Hospital for his much-needed open heart surgery. Now with a baby, Kaitlyn and their three biological children at home, job responsibilities and a tedious 90-minute commute to the hospital, the foster family was feeling very stressed.

Amy did everything she could to support the foster family and keep the placement intact. She gathered up baby clothes for Darren. She researched Daniel’s condition so she could ask the right questions when the doctors came to see him. And she worked with the foster family to sit at the hospital with Daniel when they were tending the other children or had to go to work.

In other words, Amy played a lot of hospital room soccer and watched a lot of “Cars.”

Amy even navigated a difficult confrontation when Beth showed up demanding to see Daniel as he recovered from his surgery. It was the last time Beth seemed to take an interest in the children. Her parental rights were terminated shortly afterwards.

But could this foster family, which now numbered six children, become a forever family?

Amy’s CASA Manager, Staci, described Amy’s approach as “supportive and empathetic… with no pressure or judgement.”

She listened as the foster parents wrestled with the expectations of their own biological children, who, after all, had been prepared for Daniel, Kaitlin and Darren to someday leave their home.

The family has been selected as a “match” for the three children – the first step in formally adopting them.

Amy enthusiastically spoke on their behalf, advocating for:

Amy says she was drawn to ProKids because “someone needed to make sure these children aren’t forgotten.”  She became a CASA Volunteer because she recognized that stories like this one are not sad.

“ProKids makes these stories become happy ones,” Amy says. “I wanted to be part of that great team that does that.”