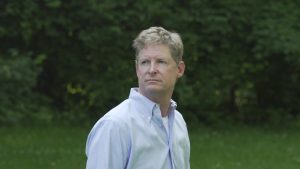 Chip Turner began his journey with ProKids through his wife Merilee, a ProKids CASA and office volunteer from 2010 till 2014.

At the time of her passing, ProKids named the Merilee Turner Volunteer of the Year Award in her honor.

And it is with this legacy of love and hope that Chip became a champion for children in his own right.

Chip and Merilee made their introduction to ProKids at the Friends of Children Breakfast in 2010. It was Chip’s first step into the ProKids quicksand, and ever since, Chip has spent countless hours sharing our vision and recruiting others to join in our mission:

Chip has been a Friends of Children Society Member since 2010, beginning with a Gift of Security and increasing over the years to the Gift of Love.

Chip served on our Board of Trustees for nearly a decade. During that time, he led a group of board members to recruit more community members to attend our informational session, known as a Snapshot, and helped set a record for attendees.

Chip has hosted Snapshots in his home and presented to St. Gertrude Church, the ProKids Board, the Young Presidents Organization, and the Men Doing Life group at Good Shepherd Lutheran Church. He has met with area priests, the council of bishops, the Archdiocesan Immigration Task Force, and the International Fellowship of Christian Businessmen to open their eyes to the plight of abused and neglected children and call them to action.

And in 2019, Chip filmed a video sharing the personal story that prompted his passion for ProKids. It reached many people. In the video, he speaks to the power of love and its ability to make a difference in the lives of our children. In it, he shared this perspective: “We all have worries,” he said. “We all have concerns that keep us up at night.”

Will my kid make the team?

Will my kid ace the test?

Will she get into college?

Will she be healthy?

But for kids in foster care, the stress is all-consuming.

Will my parent harm me?

Will I eat today?

Will I see my sibling?

Will I sleep in the same bed?

Removed from the only homes they have ever known — dropped into a different place with a different school and a different routine — these kids often lack a support system.

“The difference between us and the kids in foster care,” Chip said, “is that we have an incredible privilege — the presence and love of family.”

To Chip, ProKids fights to fill that awful void. By providing the constant of a CASA Volunteer, and the powerful advocacy of our staff, ProKids works to ensure these kids find safe, permanent and nurturing homes where they can thrive.

In this environment, a child knows they have value. Finally, they can dream, achieve and address their trauma.

Chip spoke again at two of our annual Friends of Children Breakfasts, engaging over 600 attendees each time with his passion for ProKids — and his plea to join us. Both events were record-breaking in their ability to fund our work.

Chip never shies away from the opportunity to share the ProKids vision, to push himself, our staff, and our Board to greater heights. His contribution can be seen in the ripple effect he has made.

His dedication to building our community has earned this recognition.

Chip has often said that “the greatest hope for this world is love.”

And through his gifts of time, advocacy, and financial commitment, Chip has performed an act of love for our community’s children. Continuing in the legacy of his wife and her commitment to our kids, Chip lends his voice to our children.  He speaks up for them and helps them be seen.

Because “our success creates a stronger community for tomorrow,” he said. “It is foundational.”

ProKids is proud to name Chip Turner our 2021 Community Builder of the Year.