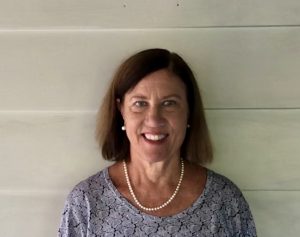 When Anne met 16-year-old Jamie, she didn’t look at her CASA Volunteer. She barely talked at all. She had been living in a program where she received intensive therapy for a few months,

Jamie didn’t know her dad. She and her mom had been homeless. From reading the file Anne understood that Jamie had experienced years of abuse and neglect. She also had been diagnosed with an eating disorder and PTSD, a mental health condition that’s triggered by a terrifying event — either experiencing it or witnessing it. Symptoms may include flashbacks, nightmares and severe anxiety, as well as uncontrollable thoughts about the event.

As a result of all this, it took a while for Jamie to get comfortable with Anne. When Jamie finally spoke, she mentioned that she needed something to read. So, Anne brought her some books that they both read. They bonded as they discussed the novels. Over the next two years, Anne learned that Jamie was curious and smart.

When Jamie was finally placed in a foster home, it was clear that it wasn’t a good fit. Her eating disorder behaviors, and other issues rooted in her PTSD, caused issues with the other young people in the home. ProKids advocated for the placement to change because of the negative impact on Jamie.

With no other alternatives, Jamie had to go back to the therapeutic program until independent living could be arranged. She was placed in her own apartment with a support system, but since she’d never lived in a “normal” home or had good examples of how this worked, she had a lot to learn.  She was overwhelmed.

Around Christmas, Jamie attempted to kill herself. Was all of the responsibility just too much? Anne made sure she had the right help to address her mental health issues when she returned to her apartment. Anne tried to be a consistent presence and give her the support she needed.

But when the world turned upside with the pandemic, Jamie began to thrive as her classes went virtual. Despite everything, she graduated. Although there was no big ceremony, her father showed up to her tiny celebration.

Jamie and her father now have regular contact. Anne keeps an eye out to make sure it’s a healthy relationship.

Jamie has Anne’s number so she can call for joyful updates and when she needs help through the rough times.  Anne likes sharing her experience with Jamie, like how to get a driver’s license or the way to talk to a teacher.

In August, Jamie started college. Anne took her to school on her first day and as they sat in the car watching the other kids going in, Anne told her to make one friend so she could have someone to call when she had questions.