Tracy Workman’s daughter taught her two things that have helped her with her most recent case as a ProKids CASA volunteer. One was how to advocate tirelessly for children to receive the services they need in school. The other was about the Japenese art form of anime. 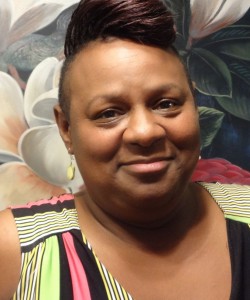 ident’s case began when three boys moved here from Columbus with their single mother. She had already lost custody of several other children because of her untreated mental health issues. Shortly after moving into a hotel room in Cincinnati, she called the police when she says the two older boys attacked her.

The two boys were removed when their mother threatened to harm herself and the children.

Tracy approaches the older son, their mother and the younger son individually, looking at their different needs.

Adam, who is now 17, has a number of mental health issues, Tracy says. She crosses her fingers every day that he will go to school so he graduates this year. He has made a number of bad choices, Tracy says. But she never loses hope, even getting him an interview for an elite high school.

Their mother has not consistently participated in the services the court has mandated. Tracy encourages her to follow up, even when she lashes out at Tracy in frustration.

The younger son, Paul, is adapting well to his foster home, where his foster mother has given structure to his live. His therapist has helped him realize his mother’s abuse has been harmful to him after Tracy advocated for him to get the right services at his high school, she says Paul is doing well in school and is even involved in activities like the anime club.

And Tracy, his ProKids CASA volunteer, has helped get everyone on his team fighting for him and believing in him.

Tracy has advocated for Adam and Paul to have every opportunity, despite incredible odds. ProKids cases are not easy. Our children can break our hearts. But CASA volunteers like Tracy do not give up.

For more about Tracy and the children she helps, you can read more here.