Vivi says that she became a CASA Volunteer because she wanted to help children who, through no fault of their own, find themselves in unfamiliar and sometimes frightening circumstances.

“I wanted them to know that there were caring adults who would help them find stability in their lives,” Vivi said. “While it can sometimes be a frustrating and slow process to work toward reunification or a permanent home, but it is also rewarding to know that with the support of the ProKids CASA managers and a bit of time and effort on my part, the future is a much brighter place for these children.”

Vivi said learning about how many abused and neglected children are in Hamilton County was surprising and made her realize giving some time meant that those numbers could change in a positive way.

“I will never forget one of the children I had on a case, a little boy. Even though he had been through quite a bit of physical abuse, he was always happy to see me and the smile on his face would light up a room,” Vivi said. “Eventually he was placed in a permanent home, he is happy and thriving, surrounded by adults who want the best for him.”

Becoming a CASA Volunteer has had other implications for Vivi. “It’s made me more humble and aware of others’ circumstances that I either brushed off or didn’t think were relevant in the everyday lives of children. It’s not just biases, but also assumptions we’ve all made about people in these situations. Unless we’ve walked in their shoes, we really don’t know what they are going through.”

Being a CASA Volunteer, Vivi said, is “a great way to give back. The immense personal satisfaction in knowing I’ve impacted a child’s future potential is a bonus. It only takes one caring adult investing time for these children for them to know that they matter.

“These children are our future.”

We share stories of our children so that our community can understand why ProKids depends on a mobilized community. We change the names of the children, and often of the adults involved, and use stock photos out of respect for their dignity and privacy. The stories themselves, however, are true. 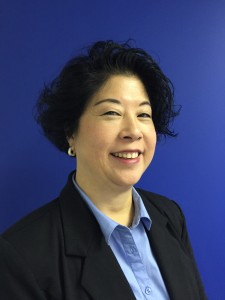