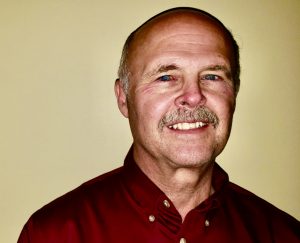 Phil says as a CASA Volunteer: “you just do what you can.” And that’s exactly what Phil has done for 15-year old Fred.

As a CASA Volunteer, Phil says he is able to share the love he grew up with by providing a role model to those who weren’t as lucky in their own families.

Since Fred was 10 and his mother died, he lived with his father, who suffered from alcoholism. Phil never saw the father’s house, but the reports we read said it was filthy. Fred had been living on the streets.

For three years, Phil visited Fred in a stable foster home in his same school district.

But school was never easy for Fred. Phil tutored him in math and his guidance counselor stayed on top of him to make sure he was keeping up on his schoolwork. Phil and Fred even did the Toastmasters program together. Although Fred never got up to speak, he did gain confidence. Phil could see him growing into his own as he moved into an apartment funded by the county.

But over Christmas break one year, Phil got a call that Fred’s father had passed. Fred had found out on social media. So Phil went with Fred to the funeral home to help the young man make arrangements for the funeral.

After a brief stint at college, Fred now lives with friends and works in retail. Phil says Fred – like many young adults – can be a little stubborn when it comes to getting advice.

And Fred says he is looking forward to leaving the child protection system when he turns 21 this year.

Phil plans to keep in touch. It’s part of Phil doing what he can to help a young man with little stability and support to have someone to truly count on.

Before ProKids, Phil worked the phones for a crisis hotline where he honed his listening skills. He also had friends involved with ProKids who led him on his path to becoming a CASA Volunteer.

Phil knows Fred needs his consistency in his life. “I certainly would not have walked away from my case. I need to be there for him. He doesn’t need more change.”