Without a ProKids CASA Volunteer like Cliff, Derrick would literally have no constant presence in his life. No matter where 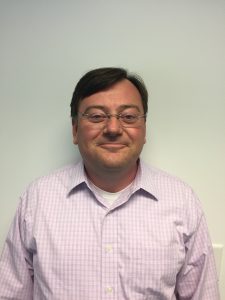 he moved – from one foster home to another, into residential care and now in independent living – Cliff was there. Derrick may say that Cliff is the “worst CASA” as he pushes away everyone who cares about him, but then he will share his dreams and hopes with Cliff because he knows Cliff is on his side.

Being a part of ProKids, Cliff says, helps him understand children like Derrick. “I became a CASA Volunteer after I became a Dad. I wanted to make sure other children had a chance, just like my own children. It can be sad and frustrating to see what happens to some children but if they get a chance to grow up differently, that’s all worth it.”

“Cliff is always looking at the whole picture,” said his CASA Manger, Erin Holden. “He makes sure there’s therapy and also that a youth like Derrick learns life skills. He knows that it makes a difference to have good professional relationships with everyone connected to a youth – and to be a consistent presence to the youth himself.”