Patrick was only 9 when Helen Habbert of Sycamore Township met him. He had tried to kill himself. 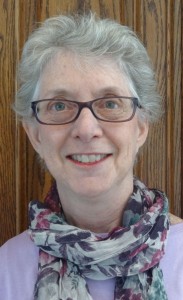 Helen also knew that Patrick was very intelligent. At age 10, he was in sixth grade. As he began therapy, he became very insightful. He had thought everything at home had been his fault. Now, he began to understand that it wasn’t.

At that point, his mother was refusing to complete any services, to learn how to parent her son or to get treatment for her mental health issues.

But Helen knew Patrick could be successful. She coordinated everyone who Patrick needed on his team. They all learned to count on Helen. His school called on her, knowing that she would follow through.

One year ago, Patrick was having fights at school and had hit bottom, hospitalized after his suicide attempt. His light brown hair was falling out from the stress.

But by the end of last school year, he was named the Citizen of the Month at his school. He was happy. Proud. Healing. And he began this school year in a much different place than a year ago.

A family friend, who spends weekends with Patrick, has filed to get legal custody. Although she has her own child to raise, and cares for two sisters, she wants to open her home to the boy. She has told Helen: “This is about Patrick.”

Helen feels the same way. As a CASA volunteer she has shown how to help a child by advocating in court for the right services at the right time, getting the support a child needs to be successful.